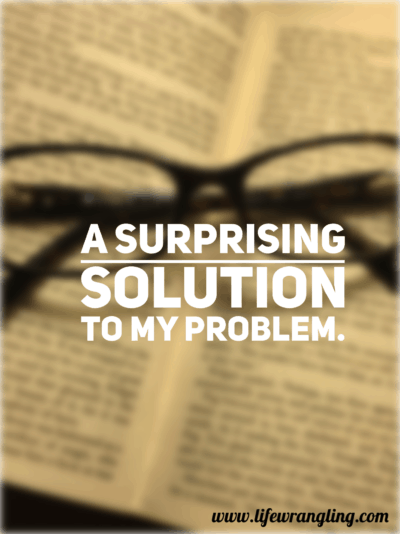 The last few weeks have been very strange. I have gone from being very energetic and able to get up early, knock off a large number of things before going to work and still having energy left over after a long day, to feeling the exact opposite. I was getting up at the same time but was not able to rustle up much enthusiasm to do anything. It was all I could do to get myself and the family ready for the day and that was about it. The evenings were worse. All I wanted to do at the end of the day was close my eyes and go to sleep. I had no idea why I was feeling tired all of the time.

Why was I feeling tired?

It was strange because I didn’t feel unwell. I certainly hadn’t succumbed to any of the winter coughs or colds that everyone around me seemed to have. Sure, I had spent some time looking after my sick children but that was hardly the cause. I felt guilty that I wasn’t taking my dog Pepsi for her morning walk but simply put it down to the cold weather and darkness for my lack of enthusiasm.

My day job has also been extremely busy lately and quite mentally taxing and I used that as a reason/excuse. I did take a moment to think about whether a change in my diet would help but I was eating as healthily as ever (overlooking the odd fundraiser chocolate bar here and there). I did endeavour to drink more water because I know that not having enough will give me a headache but there is a limit to how much one bladder can hold and anyway, it made no difference at all.

I suddenly worked it out.

Then one evening I was sitting down to read a book and I had to blink more than a few times before I could focus properly on the page. I put this down to tiredness and a long day of looking at a computer screen and put it out of my mind. However, I couldn’t do that for long. I began to notice that a few hours in front of the computer would make my eyes feel as if they were hanging out of my head. People began to comment that I looked tired and I had to agree that I felt tired most of the time.

Another day I sat down to read and noticed that things were beginning to look a little blurry and I realised that I would need to seriously consider what was happening. It didn’t take long to put the symptoms together- eye ache, headache, tiredness, blurry vision. I finally had to admit that maybe I needed to have my eyes checked.

I knew there would come a day when I needed to do this again. Years ago I wore glasses for astigmatism and had corrective surgery (scary, but that’s another story). I remember sitting in the doctor’s office as he explained how many years I would get out of the surgery before I needed glasses to read. Well, it seemed to me that perhaps the doctor’s prediction was right.

Getting professional advice might help stop me feeling tired.

The vain part of me didn’t really want to wear glasses again even for reading but thankfully the practical common sense side won this argument and I took myself off to get an eye test. Well, surprise surprise, I discovered that I needed reading glasses.

That hurdle overcome, next I needed to choose a nice pair of frames. Having a rather small face, I am limited to only a small selection of styles but after a bit of trial and error I picked out was I thought was a nice pair. The lady in the shop was a great help but she did manage to convince me that a black rimmed pair were a better choice than the dark tortoiseshell ones I had originally chosen.

Anyway, I headed home to wait the 10 days for them to be produced. A couple of times I had a twinge of regret that I didn’t stick to my first choice but I decided that since I would only wear them for reading and computer work, it didn’t really matter. (Practical Jen raises her head again) You can imagine my surprise then when I picked them up and discovered that a mistake had been made. The lenses were put into the frames I had originally preferred. Sometimes things just work out in the end.

What a difference it made!

I picked them up on a Thursday afternoon and wore them to work on the Friday. I could not believe the difference they made in just one day. My headache was gone, my eyes weren’t tired and I felt great. It was amazing to me how quickly it made a difference.

I have had my new reading glasses for a couple of weeks now and while I have had the occasional ‘Oh, yes, I should be wearing my glasses’, moment, they haven’t been difficult to get used to at all. I am nearly back to my old self and it is very possible that poor old Pepsi will even get her early morning walk this week.

What have you been putting off doing that could make a huge difference to your life? Let me know in the comments below.

7 thoughts on “The weird reason I was feeling tired.”