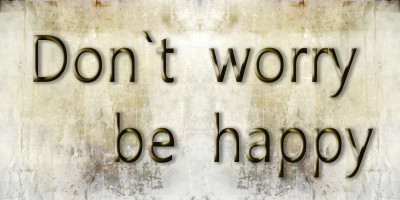 Are you a worrier?  I used to be.  All sorts of things can keep us up at night from worry.  We worry over problems at work, issues with the children or even something we have seen on the news.

If only it were possible to change a situation by worrying about it, then how much easier would life be?  Unfortunately it’s not.  Worry is never productive and can actually make us less capable of coping with a problem due to lack of sleep and increased stress.

There are two different categories of things we commonly worry about.

Things we do not control

Getting old, the weather, terrorism, crime,

Of course depending upon the actual circumstances, some of these items may at times fall into the other category.  Regardless, worrying about any of things will not resolve the problem.

There are however a couple of simple steps to take to reduce the amount of worry you let into your life.

1) Decide whose problem it really is.

Does the problem belong to you or another person?  If it is not your problem, do not take it on.  You will know that it is your problem by the fact that you are responsible for resolving it.  Your bad diet, lack of exercise plan and poor health is your problem, the ill health of one of your parents is not.  That may sound harsh and I appreciate that it is distressing to learn that a loved one is ill but you have no control over the outcome.  It is much better to spend your energy helping them get better and providing emotional support than in wasting time in worry.

Many of the things we worry about are caused by the relentless focus of the news on sensationalist stories.  It doesn’t matter when it is, there are invariably bad news stories about the economy, crime, disasters, terrorism and more.  There is very little we can do about most of these issues so it’s best not to make them a part of your life by indulging in worry about them.

Once you have determined that it is your problem to manage, you should take steps to do something about it as soon as possible.  It’s when we put off doing the thing we know we should do, that worry can work its way in.  It’s much better to bite the bullet and just get it over with.  Often the thing we were worrying about turns out to not to be such a big deal once we knuckle down and get it done.

Here are a few things I once worried about, you may be able to relate to some of them.

A) I was worried about a presentation I had to make at work.  Deep down I knew that I was unprepared and this was the cause of my worry.  I decided to sit down and spend the time working on it until it was done.   I did that and my worry miraculously disappeared.

B) I once accidentally broke something that belonged to a friend.  I knew she would find out eventually but I kept putting off telling her.   Finally I decided I needed to confess and ask for forgiveness.  I was amazed to learn that she hated the thing anyway but because it was a gift, felt bad about getting rid of it.  I had actually done her a favour.  If only I had sorted it out sooner, I could have saved myself a lot of pain.  Even if she had been angry with me, it probably would have been a lot less painful than what I had put myself through.

C) I used to worry about whether I was being a good parent to my children.  You know, we’ve all heard-‘They grow up so fast’, ‘You should appreciate them while they are young’, ‘Enjoy them while you can’.   I have decided that these comments are made by people who are no longer living the day to day grind of being a parent.  They are no longer stuck in the pile of dirty nappies and sticky fingers, homework and soccer lessons, snotty noses and sleep deprivation, full time jobs and childcare guilt.  I decided that my best is all I can do.  I set about doing that and stopped worrying about the rest.

I now make a conscious effort not to worry.  My philosophy is that if there is something I can do about the problem, then the sooner I get stuck in and do that thing, the better.  If there is nothing that I personally can do to make the issue go away, then what is the point worrying about it?  Of course I don’t always get it right but I am successful more often that not and that’s all that matters.

Download your free copy of ‘16 simple ways to improve your life‘ here.