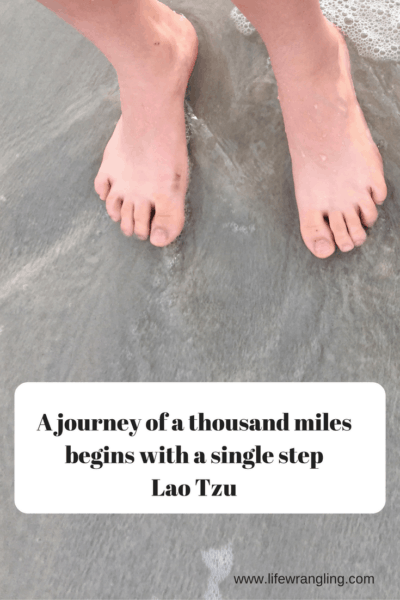 Sometimes we get ourselves caught in the trap of following the same plan we have always followed. We do this because we are comfortable with the way things are or we think it’s going to be too much effort to make a change or we have come to terms with our situation and believe it’s better the devil you know. For whatever reason, we choose to stay in our comfort zone

Why we stay in the comfort zone

Doing something different requires risk and in my experience very few people are willing to risk what they have in order to achieve something else. I’m not talking about going to the casino and gambling your hard earned cash in order to try and win some extra money. I’m definitely someone who believes than one in the hand is worth two in the bush when it comes to that. No, what I am talking about is the safety and security we feel by doing the same things day after day, week after week, year after year, because it makes us feel comfortable.

What we don’t realise is that by taking this path we are still taking a risk. We risk missing out on all of the wonderful experiences we could have had in preference for keeping our sense of security and comfort.

I met a traveller last week who was originally from France. He had worked hard, got himself a secure job and worked his way through the ranks. He had become a permanent employee and his manager had plans for his future with the company. This job was for life and it was a big accomplishment. The only problem was that once he had made this notable achievement, he still felt as if something was missing.

The longer he tried to convince himself that he had everything he wanted in life, the more he realised that what he really wanted was to leave this job and see the world. He could have tried to push those feelings away, to pretend that he didn’t feel them and to walk the path that was laid out before him. He did not. He chose differently.

He told me that he knew that if he did not pursue this desire to travel, he would always feel as if something was missing. He would always wonder about what might have been. He spoke with his manager and discovered that the company offered employees the opportunity to take 12 months leave without pay to pursue these types of things. He would then be able to return to the same position when he came home. It seemed as if the stars had aligned and he grabbed the opportunity with both hands. Within six months of having made this decision he had left France and begun the adventure of a lifetime.

The only thing he did differently at the beginning was to investigate the possibility of having some time off. It was not a big step but it was the catalyst for everything that was to come in the future.

It is the small steps, when combined together that add up to great accomplishments. What is the one small thing you will do today that will get you closer to your end goal? Even if your overall goal might seem daunting and too hard, that’s OK. Remember that:

A journey of a thousand miles begins with a single step. Lao Tzu.

What is the one step you will take today? Decide what it will be and then go out and do it.

Use the Lifewrangling Goal Setting Template to help you define your goals and work out the next step you need to take.