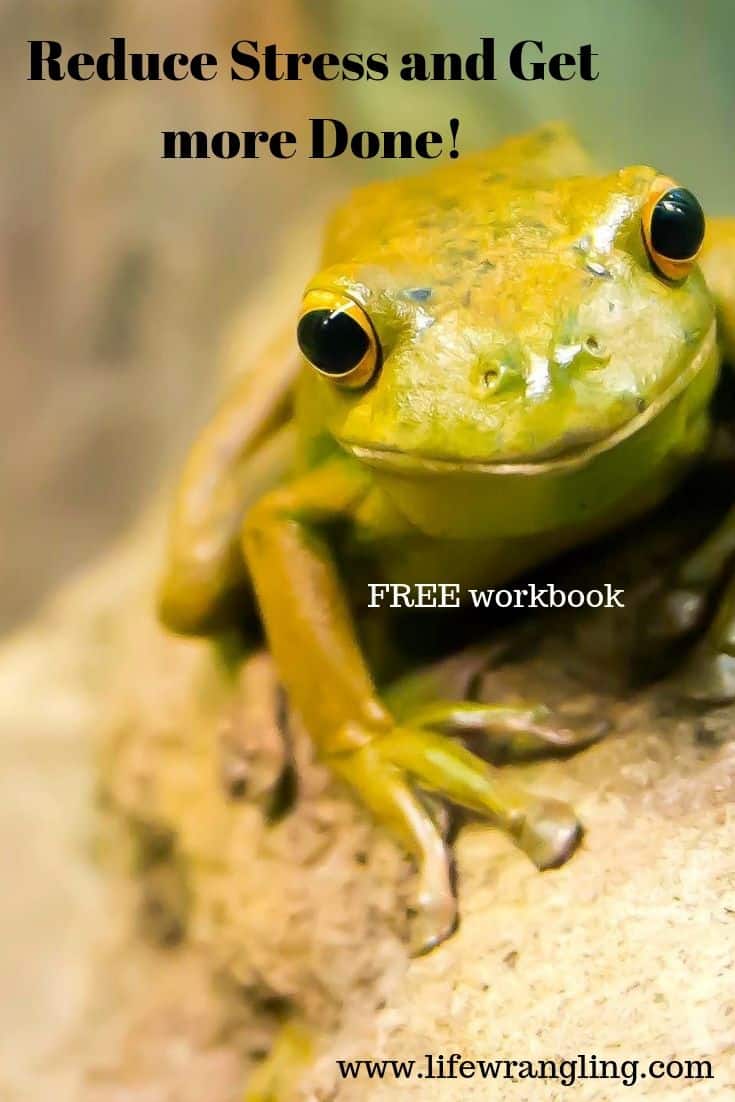 A funny thing happened at work recently. It made me stop and think about things that affect our productivity in all areas of life.

I was called out to try and get to the bottom of a loud dispute amongst a group of young boys in the school. After much digging I was finally able to get to the bottom of what had happened. Of course, as children are want to do, each child had his own version of events. While they were mostly the same, there were slight differences. Those who work with children know that this is their way of trying to avoid getting into too much trouble.

So it all started when one boy found a dead frog in the art room. This caused much commotion and the art teacher simply told him to put it in the bin. Unfortunately this solution didn’t sooth this little soul and he decided to keep it to bury at lunchtime.

This is where the story begins to take on a funny turn. One of this friends decided that it would be a good idea to issue tickets to other children in the school to attend. This was done and they all headed out to the back of the school grounds to conduct the ceremony.

There is a lovely nature strip running along the back of the school and this is where they decided to go. A couple of boys had sticks to dig a hole for the frog. Now, the problem occurred when another boy came along to watch. You see, he hadn’t been issued a ticket and there was some argybargy as to whether or not he should be allowed to stay. Being quite a strong willed child, there was no way he was going to miss out.

After being told he had to leave, he decided to take matters into his own hands and grabbed the frog. The boys had made up a paper casket for it and the boy grabbed that and took off. He may or may not have been heading to tell a teacher about it. The boys of course took off after him. Some of them may or may not have still had their sticks in their hands when they did so.

What was clear however was that the boy with the frog ended up in the toilets with it. Another boy was there at the time and the boy with the frog may or may not have told him to flush it down the toilet. This boy may or may not have done so but what was clear was that the frog and casket did indeed end up in the toilet. One of the original boys fished it out and took off outside. He was concerned that it might block up the cistern. So responsible of him.

A teacher caught up with them in a garden near the administration block and it became my job to get to the bottom of the story.

Once I had worked out the main details of the story we had a long talk about all of the spots in which things went wrong which could have been avoided.
1. Not following the art teacher’s instructions and putting it in the bin
2. Issuing tickets to include some students and exclude others probably wasn’t a good idea
3. Running off with the frog, even if it was to show a teacher, was not necessary to do.
4. Dropping the frog in the toilet was silly.
5. Fishing it out was the right decision.

I began to wrap up the discussion and thoughts returned to the frog. I promised that I would bury the frog in the garden. At which point the original child asked if he could attend the funeral. I had to work very hard to control myself and not laugh as I told him I didn’t think that was a good idea.

I sent them all back to class and went to check out the casket. Upon closer inspection, it turned out that somewhere between the original funeral plot, the toilet and my office, froggy had parted company with his casket. I had no idea where he was so I was off the hook, I didn’t need to bury him after all. I didn’t think it was a good idea to tell any of them.

The silly thing was, if they had just gone out calmly and buried the frog, simply and quietly, they would have been able to get it done and wouldn’t have missed half of their lunch break sitting in my office sorting out the upset.

We need to learn to do the same in our homes. If we just went about things calmly and quietly, tackled each task step by step without fuss or emotion, we would achieve so much more in each day. How often do we tell ourselves long and convoluted stories about why we cannot achieve something? How often would we find that if we had simply put that same amount of energy and effort into actually doing the task, it would have been long since completed?

I want you to have a think about the unnecessary difficulties you cause yourself each and every day.

How we think about something is more powerful than the thing itself.

Let’s spend this week changing our mindset and improving our productivity.

Sign up to the newsletter below and receive your FREE GUIDE to getting things done.