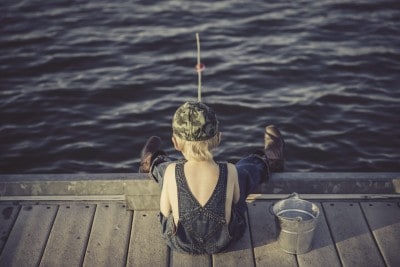 How often do people come up to you and ask you to solve a problem they are having?  For me this occurs quite often, both at work and at home.  What usually tends to happen is that when someone is unhappy about something or there is some sort of issue, they come and tell me about it.  I have always been a ‘fix it’ kind of person so usually I will put aside whatever it is I am doing and set about solving the problem straight away.

This has been working in a way but I am beginning to realise that it may not be the best approach.  Sure, the problem gets solved and for a while everything runs smoothly again but there is always some other issue waiting just around the corner and the whole process begins again.

Recently some staff were having difficulty printing to the photocopier from their computers.  Whenever this happened I would head over, sort out the problem and leave them to it.  What I wasn’t doing however was showing them how to fix the problem themselves, therefore making them reliant upon me every time this issue occurred.

Part of the problem was that the solution was a little bit technical and it seemed easier to just do it myself.  Eventually it occurred to me that I could make a video screen capture of myself solving the problem and send them the link to refer to whenever they needed it.  The funny thing was that it actually took me a long time to implement this solution.  I kept putting it off because it was going to take me a while to complete.  It wasn’t until the situation got to tipping point and I realised that it was going to be a lot quicker to film the video, upload it and send it off than to continually have to fix this problem, that I actually made the time to sort it out.  Now staff have a solution on hand whenever they need it and don’t have to rely upon me to help them.

Many things at home were no different.  A perfect example comes from my son who used to regularly complain that he never had any clean socks.

The reasons he could never find any clean socks were:

a) They didn’t get washed because they were lying on his bedroom floor.
b) They were clean and sitting in a nice neat pile waiting for him to take back to his bedroom.

It did not matter how many times I reminded him to put his clothes in the laundry basket and to collect them when they were done, he just couldn’t seem to do it.  All he managed to do was complain.  This left me regularly hunting for clean socks (or any socks for that matter) just so we could get him out of the door on time.

It was annoying but as much as I needed to find a solution, I just never got around to it.  As it turned out, one day in frustration, I happened to say that he could learn to put his dirty clothes in the washing basket and then collect them when I told him to, or he could jolly well wash them himself.  It wasn’t until after I had actually said it that it occurred to me what a brilliant solution that actually was.

I gave him a week to work it out and told him that the next time he complained about having no clean socks, I would show him how to use the washing machine.  You can guess what is coming next can’t you?  He did not heed my advice so one lesson and a couple of quick reminders later and I no longer do my son’s laundry.  I frequently marvel at how many loads I now no longer do.  It seems that children wear far fewer clothes if they have to wash them themselves and most importantly, I have not had one more complaint about missing socks.

I realise that in both of these examples I am still the one proposing the solution.  The difference is that it is no longer a one off, quick fix.  The solution is a long term, ongoing one with the person who actually has the problem being helped to help themselves.

What is something you have taught someone to do so that they can be self sufficient and not wait for you to do it for them?

4 thoughts on “Problem solving: teaching them to fish”