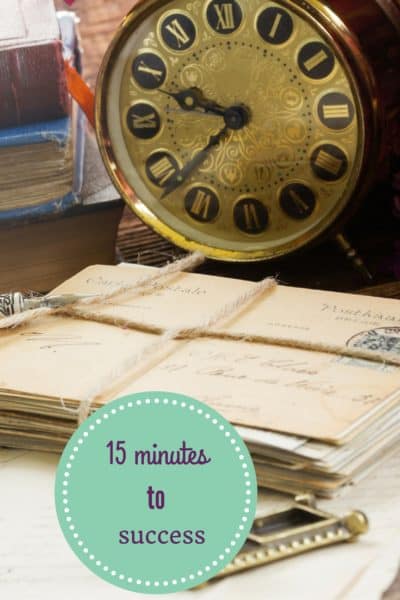 Why don’t we start?

Maybe the task seems overwhelming, maybe there is no deadline for completion, maybe it just all seems too hard. Whatever it is, the reason for avoiding the task is often stronger than the reason to begin it.

Years ago I had an enormous portfolio to complete for a promotion at work. It was something I had been thinking about doing for a long time and an outcome that I really wanted to achieve. The problem was that the task was so overwhelming that I found it impossible to start. I knew other people who had done it and I was aware that some of them had devoted up to 18 months to working on it in their spare time and whole chunks of their vacations. The extra stress and time away from their families was enormous. Even though it was something I really wanted to complete, I simply could not begin.

However, one night I made a plan. I decided that I would dedicate one evening each week to working on it. Did that work? Nope! I had two small children, a full time job and an endless stream of ‘urgent’ tasks to complete before I could even think about it. The last thing I wanted to do was come home from work and think about work again for another 2-3 hours. It just didn’t happen.

One night I was looking at something on the Internet when I came across a cleaning tip. The tip was to vaccuum/tidy/clean etc. for 15 minutes, then stop. The idea was that small increments of 15 minutes eventually added up to an entire house being clean without needing to feel overwhelmed by it all.

It was then that it hit me. What if I worked on this application for 15 minutes each day? 15 minutes really was such a short amount of time, surely I could find that? What I had been doing wrong was thinking that I had to find a big chunk of time to devote to it. Time was in short supply in my life and that was what was stopping me. If I could just work on it for 15 minutes and then stop, over the week that would almost be 2 hours. Pretty good, I thought.

I put a couple of strategies in place to help me. Some days I got up 15 minutes earlier and worked on it in the morning. Other days I asked my husband to take over with the children after dinner so that I could begin before I was too tired to concentrate.

Every day I sat down for 15 minutes. Some days that time couldn’t go fast enough. The creative juices simply didn’t flow and it was a struggle, but I persevered. Not once did I stop before 15 minutes were up. Regularly however, I worked long over the 15 minute timeslot. I would get on a roll with an idea and look up at the end to discover that I had worked for 2 hours. The sense of accomplishment at the end of that was enormous.

I had discovered the answer.

Changing my mindset was all it took to get this difficult task completed. All I had promised myself was that I would devote 15 minutes a day to it and then I could feel a sense of accomplishment. Even if that was all I was able to do and no more, I had not let myself down, I didn’t need to feel disappointed. Instead, I felt proud that I had done what I said I was going to do.

In the end I had it finished in record time and achieved the promotion I had dreamed about for so long. All this with only 15 minutes a day.

Is there something in your life that you would love to achieve but find yourself stuck at the starting line? Why don’t you try working on it for just 15 Minutes? You may be very surprised where it takes you.